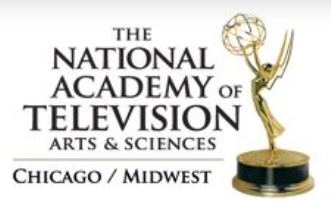 Would you believe that some guy with a metal detector looking for lost rings would have one of his stories nominated for an Emmy?  Well, that was the case tonight. The Widow’s Ring was nominated for an Emmy at the 60th Annual Chicago/Midwest Emmy Awards.  Going up against other stories in the Human Interest Category was going to be a challenge.  WITI out of Milwaukee had won 3 or 4 Emmys already this evening.

WGN broadcast the ceremony via Live Stream on their website. I sat in my recliner, watching the nominations read aloud. I may have even spent a couple minutes researching a replica Emmy on the Internet. There I was, in a hazard-yellow safety vest along the side of the road in the preview clip. The Whole Milwaukee, from WITI received the Emmy ultimately. Being nominated for an Emmy is still pretty cool.

First of all, thank you to NBC15 for agreeing to do the story. Special thanks to John Stofflet and Jeremy Nichols for doing such an amazing job telling the story. You handled a difficult situation with care and professionalism. Above all, the story honors the memory of Lee Steinhorst, and I am proud to have been part of it. Here’s a link to the original story on my website, which includes a link to the NBC15 Story, The Widow’s Ring.