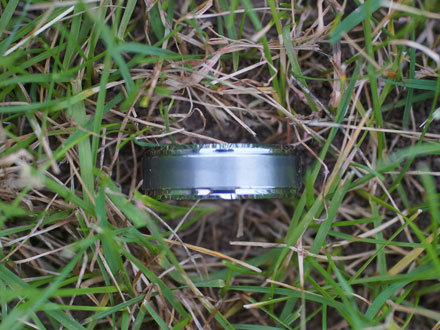 It seems that our Lost Ring Adventures take us all across the state of WI.  I often wish that I would get more jobs closer to home, so when a call came in for a lost ring in soccer field at a Middleton (my hometown) – I got excited.  There was no need to get directions to the area, as I was already familiar with the soccer field.  There was no need for a Google Map aerial view (something I commonly ask for) in order to get acquainted with the search area, as I had actually been on the soccer field in the past.  This was the perfect lost ring hunt.

What’s the story begin this lost ring at a soccer field?  Josh lost his ring while playing volleyball with his wife, Kylee, and some friends.  Midway through the match, Josh looked down and noticed his wedding ring finger was bare.  This sounded like a pretty straightforward search and one that my daughter, Kylie (same name as Josh’s wife, just different spelling) might be able to find herself.  When we got onsite, I did a quick scan with my metal detector and after about 5 mins, I had located the lost ring laying in the grass.  However, I did not pick it up – instead I directed my daughter Kylie to the area of the lost ring and challenged her to find it with her metal detector.  I will let Josh tell the rest of the story through his account and testimonial below:

Lost Ring at a Soccer Field

“My wife and I were playing volleyball in a grass field behind my brother’s house with some friends one night after work. I usually leave my ring at home to play, but somehow forgot to take it off. Mid-way through a game, I realized I was wearing it and considered setting it down by my things off the court. However, I decided to just keep it on because I didn’t want to lose it in the grass. Obviously, this didn’t work out as intended. 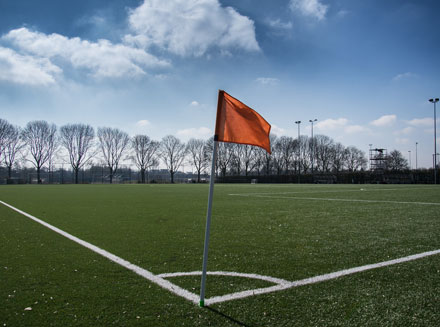 Where to Rent a Metal Detector?

A few plays later, I was in the front row and went up for a block against my brother. When I came down, I immediately noticed my ring wasn’t on my hand anymore. We stopped playing and everyone got down on their hands and knees to search the grass. One of our friends even downloaded an infra-red app on his phone to see if it would stick out better through the camera. After searching for quite some time for the lost ring with no luck, we decided we’d have to come back with a metal detector and kept on playing.

When we were done playing, my wife and I started looking up local businesses that would rent a metal detector. We searched for where to rent a metal detector in Google. This is when we found Dan’s website and his story. We couldn’t believe there was someone in the same city who specializes in finding lost wedding rings with a metal detector! We immediately decided to contact him. Dan responded right away and offered to come out the next day after his daughter’s soccer practice.

We met up with Dan and showed him exactly where we had set up the volleyball net. We gave our best guess as to where it could have flown and let Dan and his daughter, Kylie, take it from there. After about 10 minutes, we noticed Dan had slowed down his search with his metal detector and was giving Kylie some very specific pointers on where to look. Not long after, Kylie’s metal detector went off. After digging for a couple of seconds, Kylie happily let us know she had found the lost ring! We were so relieved. Going forward I’ll be extremely careful to leave my ring at home when playing volleyball, but if it flies off again, I know I’ll be able to call Dan and Kylie.”

If you’ve followed any of my stories, you know I love what I do and I love even more being able to do it with my kids.  It’s even more rewarding to be able to do it with my two kids, instructing them along the way on how to operate a metal detector and how to find a  lost wedding ring.  My hope is some day when they are older, they will carry on this service, wherever they land, and continue the family business of helping people out who have lost their wedding, engagement or class ring.  This wasn’t Kylie’s first ring found,  check out: Lost Ring in Wisconsin Dells – P.S. I Love You  for her first lost ring found with a metal detector.  So, next time you are out playing a sport outside, please take your ring off – so you don’t end up with a lost ring at a soccer field.  But if you do lose your ring – just give us a call (even if it isn’t lost in Middleton)!  This was Lost Ring #34!