Home
In the News
Lost Ring – Run in with Shotgun at Webb Lake, WI 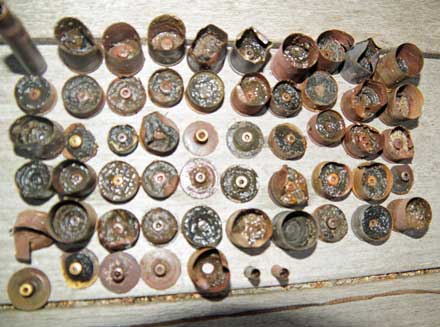 Run in with a Shotgun

It was a year ago that Carter and I made the long journey up to Webb Lake to look for a lost ring.  After a good day of searching we did find it (Carter actually found the ring with his eyes and not with a metal detector … cause his old man had missed it!). The full story is linked below, it remains one of my favorite lost ring stories.  It was Lost Ring #9.

Well, the couple invited us back up to the cabin for the weekend (nice perk, right?). It was amazing. Such a beautiful area, and the lake was incredibly clear. If anyone knows of a lake about an hour away from Madison that is crystal clear with no algae … let me know.  We were treated to a boat ride, both kids learned to kayak, had a camp fire at night, dinner and breakfast made for us and Carter and I metal detected for hours and hours on the sand bar.  So relaxing and such a beautiful area. 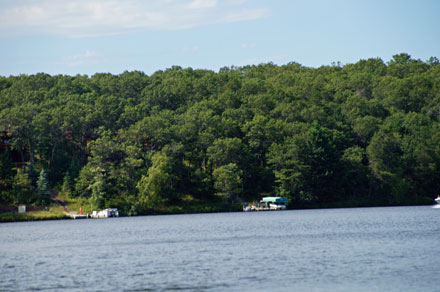 Another reason for going up (other than to relax), was to search for another man’s ring (of course right?).  Our original lost ring story ran in the paper a year ago and highlighted the fact we found not one ring, but two!   A man did reach out to me hoping we had found his lost ring from years ago lost in the same area of the lake. Unfortunately, the second lost ring we found was not his, but we promised to return and look for his lost ring.  Well, we did not find the ring, but we did find shotgun shells … and a lot of them.  Not sure on the exact count, but I think it was over 70.  Crazy.  They of course register in the same range on our metal detector as the lost ring we were looking for.  So we dug each and every one we found.  I was tired of them by the end, but Carter loved it.  He is planning on displaying them in a mason jar in his room as a memory of not only the first trip to Webb Lake but also the most recent. 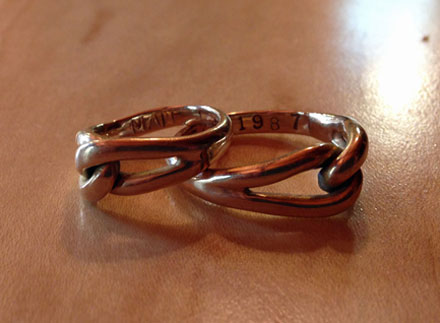 Thank’s again for a wonderful weekend on Webb Lake, one that we will not soon forget.  I’d like to return some day and give it another try … who knows maybe Webb Lake will cough up another gold ring for the Roekle Lost Ring Finders!