It’s been too long since I’ve written a blog post. The lost Cartier Ring story below is from a few months back. Actually, about 50% of the calls I get are not from WI. However, not many are from another country! Check out this story of how I helped find a lost Cartier Ring in Punta Cana.

What are the chances

I was on holiday with my wife in the Dominican Republic this August. And for the third straight day, I was out swimming in the sea. My wife thought it amusing to splash me with water. And so, of course, I returned the favor, splashing away furiously. But within just five seconds I knew something was wrong. It was instinct. Something felt different. I looked down at my hand and realized my wedding ring was missing. I couldn’t understand. I’d worn it while swimming on three previous holidays, without a problem. Panic set in.

I then spent two hours meticulously searching the sea bed where I’d been standing – at first shuffling across the sand, crab-style, in hope of standing on the ring, then later using a snorkel my wife had fetched. But I found nothing. Except for frustration and disappointment. I learned later, my efforts had been doomed to failure from the start. Apparently, a lost Cartier ring will sink like a stone and embed itself beneath the sand within seconds. So I’d wasted hours on what was a ‘mission impossible’.

Tired and wet, back in our hotel room my wife and I turned to the internet for help. But a hurried web search uncovered just two relevant sites. One was a metal detection company based five hours drive away (too far I thought). The other featured a blog post written by a guy named Dan. He said he was based on the US mainland, but that if anybody needed information or help with finding a ring, then they could call him. It was a long shot, but I was desperate, and so I dialed the number given.

Dan answered. And was extremely helpful. He was based in Wisconsin and so couldn’t assist us directly. But he had a friend of a friend who might be able to help and said he’d get in touch. Dan also amazed me when he explained that he’d been to the very same hotel where we were staying, the ‘Now Onyx‘ in Punta Cana, earlier in the year. Not only that, but he’d found a ring on the exact same beach where I’d lost mine. Of all the millions of hotels in the world, for him to have just found a ring at the same place we were staying…well that was some mind-blowing coincidence! More than coincidence. To me it was fate.

Now bear in mind that this call was happening around six o’clock in the evening. And by just midnight, thanks to Dan’s rapid networking, I’d already been put in touch with his guy – a Canadian called Roland, who amazingly lived just 20 minutes from our hotel.

I agreed to meet Roland on the beach at 7 am the next morning. He arrived early and in full gear – with wetsuit and metal detector. This guy was clearly a pro. I narrowed down the search area to around 100 square meters by marking boundary lines in the sand. The difficult part though was how far underwater to look. Roland calculated that the tide had been high when I lost the ring. He said he’d adjust his search accordingly. He also said he was highly confident that he’d find my ring. And with that, he got to work.

But two hours of searching later, and my hope had turned to despair. At this point, I even said a prayer. My wife, by the way, is highly religious, and superstitious. So she would interpret nothing good from the loss of my wedding ring. I realized that trouble lay ahead if I couldn’t find it.

At this point I grabbed my snorkel and joined the search, much to the entertainment of the dozen or so beach workers who for an hour already had downed tools and been sat watching Roland’s search efforts. They were apparently gripped by the curiosity of it all. We had drawn a crowd.

Ten minutes later, and from beneath the water I heard a noise. I emerged to see Roland beckoning me over. I got excited. But not for long. Roland just wanted to show me how his equipment worked. He must have thought it was time for a break I figured, and wanted me to take over using his detector. He explained how it worked and told me to have a go.

It Takes a Professional

So I scanned the sea floor. And there was a beep. He urged me to try again. Another beep. “So is there something there?”, I asked. Roland told me to take a closer look. So I scooped away handfuls of sand. Nothing. To be honest I was scared I might scoop away anything that was there and simply displace it to another location. Roland urged me to keep digging. But I could find nothing. Finally Roland intervened.

It turned out that he’d actually found my lost Cartier ring a few minutes earlier, buried several centimeters beneath the sand. And he’d then put it back, to give me the chance to find it myself. Except I couldn’t. It just goes to show, how hard it is find something under the sea bed, even when you know where it is. It takes a professional. And even then it’s not easy. It turned out Roland had scanned that exact area at least three times already. But it’s very easy to miss something so small, buried so deep.

So amid a swirl of sea and sand, Roland pulled out the lost Cartier ring. I stood there, waist high in water, and looked at it. I couldn’t believe it. It was mine. I gave Roland a big hug. A woman watching nearby applauded. And someone else was videoing us. But it seemed no less an audience than Roland deserved. The fact that this ring was a platinum Cartier was irrelevant. The fact that it was my wedding ring was everything. 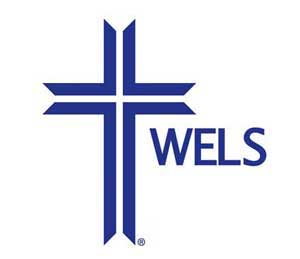